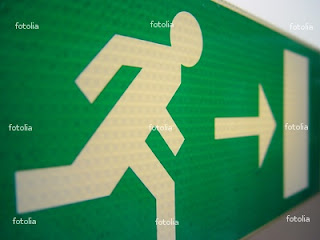 Nigel Farage’s much anticipated webchat on Mumsnet has just ended.

It is fair to say that the UKIP leader has managed what no other politician has achieved – to completely alienate the posters of Mumsnet. I would imagine that the chance of a Mumsnetter voting for him is about the same as the likelihood of them deciding that they actually don’t like Boden, and fruit shoots are not that bad really, and why don’t we nip into Greggs for a sausage roll on the way home.

Nigel not only termed Italian politics “sexy” at a time when the Italian President is facing charges of sex with an underage prostitute, he rejected the claims of ex-UKIP MP Nikki Sinclair who won a sexual discrimination case against his party in December, he also admitted that a central part of his manifesto the case for a “single British culture” was a mistake and “unhelpful”. Maybe time to take it off the website then, Nige.

The absolute bombshell came when he was asked about the statement by Godfrey Bloom:

“No self-respecting small businessman with a brain in the right place would ever employ a lady of child-bearing age.”

Godfrey Bloom was 100% right, the view then seemed outrageous. It is now publicly supported by Lord Alan Sugar, and many businesswomen too. The point is that very small companies need breaks, need reliefs, from this kind of legislation and that young women are now being denied jobs with many of these firms. The trouble with Godfrey is that it’s not what he says, it’s sometimes the way in which he says it.


was absolutely jaw dropping. Think about it. He ASKS to go on Mumsnet, which is full of mothers of childbearing age then says that it is fine for small business to discriminate against them. Talk about misjudging your audience.

It remains to be whether Nigel Farage answers the poster CaptainNancy’s question about Godfrey Bloom interrupting the German MEP Martin Schulz with the words, “Ein Volk, ein Reich, ein FÃ¼hrer”.

The posters of Mumsnet are not often in agreement, but this time I doubt there are many who would say that this webchat was a success. It must be one of the absolute worst I have ever read. Nigel totally misjudged his audience, he thought with charm and half-baked answers that he would win over the Mumsnetters, and I admit that halfway through I was beginning to think that he was a charismatic politician with numbnut followers. Then he revealed his true colours.

For all their insistence that UKIP is not a racist party, it is not this that will trip them up with women voters at the next election. It is the deeply misogynistic, family unfriendly policies. Who would vote for a party that wishes to abolish Statutory Maternity Leave, who thinks that women of childbearing age should not be offered jobs, that companies who discriminate against these women are in the right?

Certainly not many Mumsnetters, that is for sure.