This will make my mother fall over in shock. Me reviewing a cleaning product. How ironic.

But I do have to share this one with you, because it is for perfect for lazy housewives like myself. One of my most hated jobs is cleaning the oven – or ovens as we have two. Against the advice of our estate agent, we use both – he said that using just one oven would save on cleaning but I love having two ovens. It makes cooking large meals such as Christmas lunch much easier to coordinate.

So when I read on Mumsnet recently about a product that made cleaning the oven a piece of cake, I knew I had to try it. My husband was recently in Scotland and brought me back a packet of Oven Pride.

According to the manufacturers, “Transforms racks and grills” and can also be used on BBQs.

The box contains a bottle of cleaning fluid, a large sturdy plastic bag and a pair of rubber gloves – latex ones so if you have a latex allergy, you will need your own.

The idea is simple. You put the wire shelves into the bag, fill with half the bottle of Oven Pride, close and seal the bag, give it a bit of a mix and leave at least four hours.

The rest of the fluid – it is a gloopy gel – is spread over the oven. Now I have to admit that I have not properly cleaned the ovens since we moved in. I have given them a quick “wiech” (as my mother would say) but not scrubbed them. So they were in a bit of a state. Stand by for slatternly oven pics. 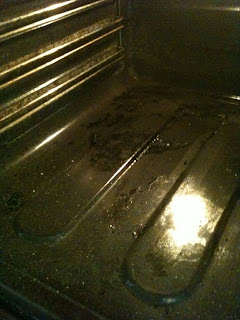 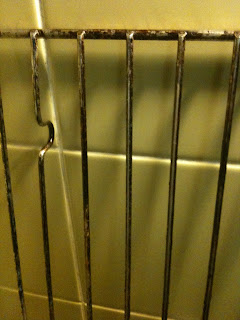 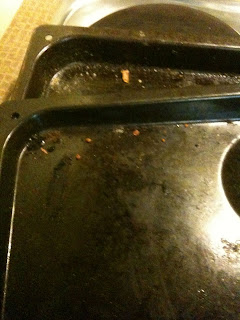 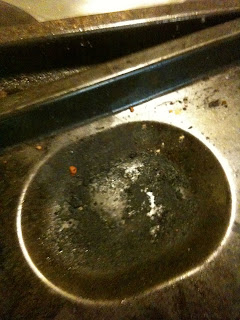 Yeuch.
So, a couple of hours later the oven looks like this: 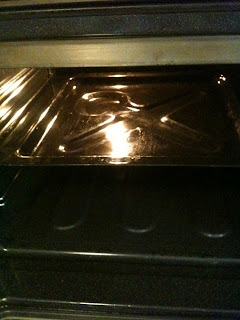 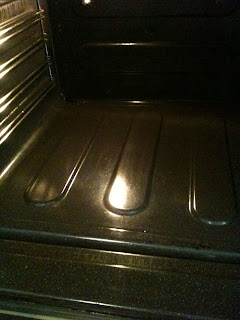 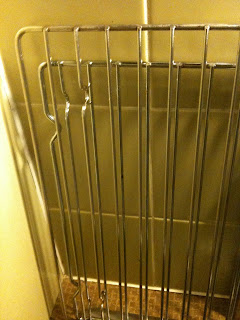 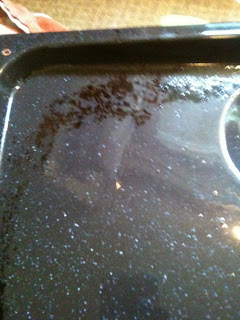 And this is how easy it was:
The Oven Pride did not get every single bit of grime, but then the baking trays were in a right state so I would have to scrub a bit to get the rest off. Or perhaps reapply another coating of Oven Pride. But the result was very impressive.
The best thing about it was so effortless. No scrubbing, no elbow grease, no stink. It was one of the things that I hated about cleaning the oven, the sharp stench of ammoniac. It did not smell at all, which is amazing considering how well it worked.
So there you have it. A big thumbs up from me for Oven Pride – Oven cleaning without even chipping your nail varnish. Reach Your Destination with a Mindset Coach