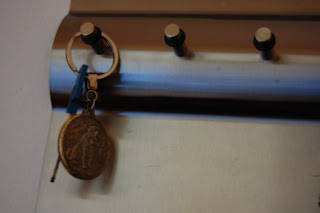 There was a shocking story in the news this week – about a woman who left her 14 year old in charge of her 3 year old while she popped out for 30 minutes. There was no “incident” but she was cautioned for “cruelty” and automatically banned from working with children younger than 10 years old or vulnerable adults. The woman lost her job as a nurse, she was basically unemployable in her field. Last week she had the ban lifted.

This is not an isolated case. As reported in the Sunday Times (behind the Paywall), it is an example of the problems being caused by rulings of the Independant Safeguarding Authority, which was set up in response to the Soham murders.

In addition to the already onerous and slow Criminal Records Bureau checks, this body would keep a register confirming that there is a known reason why an individual should not work with these client groups. The new body would approve or refuse registration on the basis of all the information made available to them by the police and other agencies. The resulting cumbersome set-up of the ISA ignored the fact that Bichard was supposed to be looking at Soham, and that the Soham murderer did not know his victims through his work but through his girlfriend.”

I have a massive problem with the CRB checks anyway, as I feel that they lure parents into a false sense of security. All it does is tell you if a person has a previous conviction – if the person has not been caught or charged with a crime it is useless.

Libby Purves, of the Sunday Times goes on to explain:

The European Court will shortly hear a test case in which three nurses sue the Government for loss of earnings and humiliation. Each of them had received a police caution for a very minor offence, not fit for court; yet under the auto-barring scheme, that caution meant a ten-year ban on working with anyone under 18 or vulnerable adults. Ten years!

The Royal College of Nursing took the three cases to the High Court and won in November. Mr Justice Wyn Williams observed that the nurses had been denied the right to be heard  caution is just slapped on you and their solicitor said it was alien to our justice system that we have an area where we mete out punishment without investigation
Although they won, the European Court challenge is clearly needed because even after that ruling  despite the coalitions promise to look again at the authority (an internally led review process says the ISA website, without much conviction) a further thousand people have been auto-barred, a third on a caution rather than trial and conviction.
Last year 13 150 people were automatically barred from working with children or vulnerable adults. 1800 of those appealed, and 812 had the bar lifted.
The three cases that the Royal College of Nursing took to court in November were similar to the one in the Daily Express – in one a male nurse was cautioned as his wife (without his knowledge) left their children home alone for a short time, in the other a single parent left her 11 year old home alone while she went shopping. In the other case the nurse was cautioned for indecent assault – he kissed a colleague without permission.
These kind of cases are incredibly worrying for parents, as the thread on Mumsnet shows. It is very worrying for those who have until now been happy to leave their children home for short periods of time to hear that they may be cautioned and lose their jobs for doing this.
Living in Switzerland, and before that in Germany, this is pretty much a hypothetical question for me – aside from the couple of weeks a year that we spend in UK at my parents’ house. Here in on the continent people are generally much more relaxed about leaving their children alone.
From our house to school we have just a 10 minute walk, unfortunately down a steep curvy hill with no pavement. If we lived in the village, then I would let my two walk alone to school – they are 6 years and almost 9 years old. In Germany my daughter walked to school alone from the age of 6 years. It is normal, in fact it is encouraged by the school.
While trying to find out if Germany has a law that states clearly when children can be left alone, I found this article (in German) in which an expert advises that children under 8 years old should not be left alone, children under 10 years should not be regularly left alone after school. Since many German schools end at midday, this means that there are plenty of children who go home after school while their parents are still at work. This would be unthinkable in UK.
A poster on the Mumsnet thread raised the point that from secondary school age, there is limited after school care so many parents have no choice but to allow the child to go home alone. Another noted that children of 13 or 14 years walk to school without their parents, which is surely more dangerous than sitting on the couch at home eating crisps and playing on the Playstation.
On BBC Breakfast this morning, an expert from the NSPCC stated that parents have to decide when their child is mature enough to be left alone for some time. Their advice was to prepare the child well, not to do it on the spur of the moment but to have a chat with your child, tell him where you are going, how long you will be and talk through what they are allowed to do. They should be able to contact you, or a friend in the event that something unforeseen happens. Perhaps there is a neighbour nearby who can help if need be.
The NSPCC is not calling for a change to the law and seem to be happy with their general guidelines. The law in England and Wales states there is no legal minimum age for leaving children alone. However, it is an offence to leave a child alone if you put him at risk.
I don’t think that this issue should be legislated, as every child is different. While my almost 9 year old would be fine if left alone for 30 minutes while I nip to the supermarket, not every child of that age would be. Parents should be trusted to make decisions based on their child’s age, maturity, the place that the child will be left, and how long the child will be left – as the NSPCC advises.
It is a balancing act – the NSPCC suggests that most would be happy to leave a 16 year old home alone, but “ But to leave them for a week would be unacceptable.”
I left home when I was 17 years old. By the time I was 19 years old, I had moved to Germany alone.
If we start early to encourage our children to be more independent then they will find it easier to cope when they are older. My children can: get up, dress themselves, make breakfast, clean up after breakfast (sometimes need to be reminded of this), get ready for school. I am sure that my daughter could already go to school alone, but my son is not quite road savvy enough for me to trust him to cross the busy main road alone yet. Recently I have been walking to school and leaving them to go the last 800m or so alone.
They love it. They are so proud and happy that I trust them enough to do this. The first time I let my son do this, I swear he grew 2 cm taller with pride.
Has the UK gone too far? Are we stifling our children, by not giving them enough independence? What do you think?

Saver or Spendthrift – And Were You Born That Way?