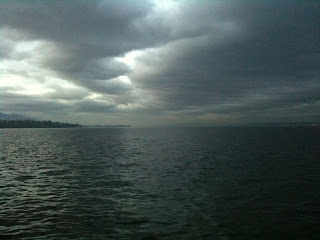 The driech start to the day suited my mood this morning, as I walked the dog along the banks of Lake Geneva. Today I would rather be in Scotland where my family are gathering to say goodbye to Uncle Dave, the patriarch of our clan – in recent years he has been called “The Laird” due to his penchant for carrying a large walking stick. 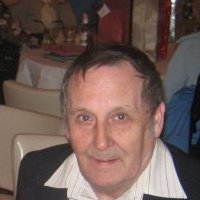 He was the eldest of 10 children born to my Granny and Grandad Mac, and since the passing of his parents has been the head of the family. A fierce defender of his family, he attended every family event and was the life and soul of the party. By the end of the evening when he and his brothers and sisters had partaken of a few drams, they would sing. When I was a child I would enjoy these singalongs, even if the meaning of the rather rude songs would go (thankfully) over my head.

When I was walking this morning, I thought about Uncle Dave and tried to remember scenes from my childhood. It is difficult for me to recall, it was a long time ago and I spent most of my time with his children so my memories of him are vague and unsatisfying. I know that he was in the British Army and that his eldest children were born in Germany. He surprised my new German boyfriend (now my husband) by speaking to him in German when they first met.  I know that he was a chef; he would often do the buffet for family functions. I can dimly recall him working in a market, selling collectibles – a Scottish Del Boy without the dimwit brother Rodney as a sidekick.

My childhood memories of Uncle Dave and his family mostly revolve around my cousins. A and I, the boys who towered over me, and still do. A took my brother and me on a cycle run from Dundee to St Andrews one sunny summer day. It was the first time that we had gone on such a long trip on our bikes and we were exhilarated by the new found freedom.

The boys were a good bit older than their little sister F, who was closer to my age. She and I would spend some of our school holidays at Granny Mac’s house in Glenrothes, going for walks with Titch the spaniel and listening to old records on an ancient record player. There was one record that I remember – a charity single to raise money for a child who had died of leukemia. We played it over and over, lying on our beds, tracing the flowers on the wallpapers with our fingertips.

F was and is a dancer. She is petite and graceful and was the apple of her father’s eye. One year she was a Princess of some sort – there was a town festival and F was on a float decorated with flowers. Their terraced house was covered in flowers; if I remember rightly made painstakingly out of paper. Uncle Dave was so proud of his girl, he must have stood a foot taller that day.

As the years passed, and we grew older and went about our lives we had less contact, particularly when I moved away from home then to Germany. We would meet at weddings and funerals, christenings and birthday parties. When UncleL celebrated his – was it really his 40th? – the family threw a surprise party. As an expat, I was used to not being able to attend parties but by coincidence was visiting my parents so could  attend. I think that Uncle Dave did the catering for the party, along with AuntieJ. I know that he was delighted with his brother’s incredulous expression when he entered the dark hall and the lights went up to reveal his entire extended family. Later the family singsong got going. UncleR sang Amazing Grace and AuntieG’s girls stunned us with their fantastic rendition of an All Saints song. Uncle Dave stood in the middle of his family, where he belonged.

When I got married, Uncle Dave and AuntieC were there. We still use the navy blue towels that they gave us as a wedding present. They shared in our joy when we were blessed with two healthy children, always the first to send cards of congratulations. 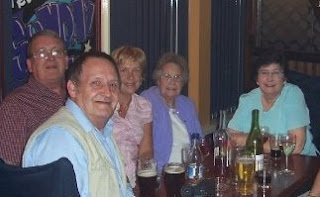 Over the years since I moved abroad I have seen Uncle Dave and AuntieC less often, and it is my deepest regret that I did not go and see Uncle Dave last summer.

He had been diagnosed with cancer, but had been responding well to treatment. I should have made the time to go and see him, but for some reason time ran out and I did not. I truly wish I had.

Uncle Dave fought long and hard, but the bastard cancer won in the end. He died at home, just after Christmas, surrounded by his loved ones.

This afternoon, Uncle Dave will be laid to rest. His wife and children, his grandchildren will be joined by his large and unruly family who grieve for a good man, gone from us too soon.