This is today’s work for the Writers Workshop – today the theme was “Working with writing prompts”.

I chose the sentence, “She hesitated at the post box, not knowing if she should really send the letter” and tied it in with my Dora story.

This scene will come later in the book, it is not Chapter Four.

Letter in A Bottle 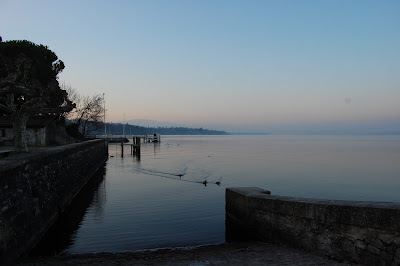 Dora sat, picked up a pen and wrote. She wrote of her disappointment, her hurt, her anger, her fear. Tears welled in her eyes then ran down her cheeks to drip down onto the page. In her head, she was screaming, even as she formed calm sentences. How could you do this to me? Did the time we spent together mean nothing to you? After all I have done for you, after all we have been through together, why? Why? WHY?
She had so many questions and there were no answers.
Standing abruptly, she strode into the kitchen, fought open a bottle of wine and poured. Deep breath. Drink. Breathe. Breathe. Breathe.
Her heart was pounding, tears were streaming, she struggled to catch her breath, she sobbed.
With a shout of fury she threw the wine glass across the room as she cursed him. It felt good to let out her feelings, she had been hiding them behind a curtain of coping for too long. Too often, she had told friends that she was fine, it was all behind her. No, really, she was over it.
But she wasnâ€™t. As long as she was frightened to walk down a dark street alone, nervous in her own home, unable to bear a manâ€™s touch. She was not over it. The bruises had healed but the invisible scars remained.
Her sobs subsided as she surveyed the scene. The cushions thrown around the room, the wine glass, the papers on the floor. Had she done that? She had no recollection of it. Stooping, she picked up the letter, searched for an envelope and stamp then slung a coat around her shoulders as she headed for the door. She would post it right now.
Her steps light as she ran down the stairs, she felt better than she had in months. Flinging open the door, she emerged into the bright sunlight. As she approached the post box, she hesitated, not knowing if she should really send the letter.
With her lawyerâ€™s head on, she knew she should not. It could influence the upcoming court case. She stared at the name on the envelope, so familiar yet so unknown. She looked up past the post box to the lake in the distance. That was it.
Stopping only to buy a bottle of water, she hurried to the lakeside. She soothed her dry throat then tipped the remaining water in the lake then rolled the letter and stuffed it into the still damp bottle. She drew back her arm and the bottle soared in a graceful arc into the lake.
She watched it dance on the waves caused by a passing boat then turned her back and headed for home.