More of my Dora story. This is Chapter Four. 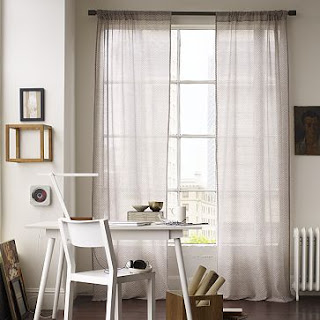 The soft ringing of the telephone woke Dora on her first full day in Geneva. She answered her wake-up call then sank back down in her pillows for a moment. The room was dark but she could see a sliver of sunshine through a gap in the curtains. Tempted by the new day, she slipped into her flip-flops and shuffled to the window to pull the curtains open.
Did one over tire of this? Dora thought she could stand all day and just look at the lake, the hills behind rising steeply above the city. The steeple of the cathedral spiked into the sky above the old town, the red roofs glowing in the early morning sun.
Finally turning, she took a good look at her hotel room. Last night she had been too tired to give her surroundings more than a cursory glance. The antique furniture loomed large in the confined space, combined with the heavy drapes the room left Dora feeling slightly claustrophobic. The bathroom was not large, but modern and well equipped, although she found to her displeasure that the button needed to be pressed down on the hairdryer. She was aware that this was to prevent guests forgetting to turn it off, but it was such a pain. It was up there with coat hangers that were attached to the wardrobe on the list of Things That Will Annoy Your Guest, she grumbled. Surely the price of replacing a few coat hangers was not worth antagonizing the honest customers.
Leaving her room in search of breakfast she found the light and airy breakfast room. She sat at table set for two, ordered a coffee from the attentive waitress then wandered over to survey the breakfast buffet. Bacon and eggs. That wasn’t very Swiss. There was however muesli and yogurt, not to mention raw smoked ham and gruyere cheese so she did not feel too cheated of her first Swiss breakfast.
Her plate filled with delicious food, she returned to her table. Gazing idly around she could see that most of the guests were business travellers, studying blackberrys and iPhones, rustling Financial Times and Le Monde. The couple in the corner must be honeymooners, so sacharine their smiles, so teasing their touch.

Dora finished her breakfast and returned to her room to check her emails. She had an appointment for the apartment hand over at 11am and wanted to drop by her new office afterwards. She smoothed concealer over her rapidly fading bruises, wishing that she could have postponed her arrival until she was no longer looking like a pugilist. She would have to tell her new boss about the incident and the upcoming court case, assuming it actually came to court. That would depend on whether Finley pleaded guilty, and she could not see how else he would plead.

There witnesses ready to testify that he had pushed past them on the stairs, just as Dora was discovered at the entrance to her apartment. No one had seen him actually strike her. Could he try to escape punishment?

She shook off the thoughts that had come unbidden into her mind. Next week would be better, when her face was back to normal. It was hard to forget when she was reminded whenever she looked in a mirror.

Dora turned and surveyed her reflection in the full length mirror. Not bad. Her wide-legged trousers and stripy top looked professional without being too formal. She searched her jewellery box, finally settling on a silver chain necklace  and button bracelet.  Slipping into ballerinas, she grabbed her bag and laptop then set off for the hotel lobby where she was meeting the relocation agent.
The lobby was busy. She had no idea what the agent looked like so she lingered at the foot of the stairs, trying to guess which of the suit-clad men he was. One of them caught her eye and walked purposely towards her, “Mme Wilson? I am Jean-Claude Girard. It is a pleasure to meet you”.
“Hello, Jean-Claude. It is lovely to meet you personally at last”, she smiled at the older man. She guessed he was in him mid-fifties, small and slight with dark hair and a kind smile. He had been extremely helpful throughout the relocation process and looked exactly as she had envisioned him.

“Would you mind walking?”, he enquired, “It is not far from the hotel, and going with the car will take longer through the traffic. Geneva has terrible traffic jams.”

As they wound their way through the town, Jean-Claude pointed out the city’s famous landmarks, and showed Dora the best places to shop. She was pleased to see that there were several supermarkets within walking distance of her new apartment, and that twice a week there was a Farmers’ Market. She envisioned herself strolling home from the Farmers’ Market, her basket full of healthy vegetables and pungent cheese, a baguette under her arm. Perhaps she would even buy a shopping trolley, she could see that they were popular here.
The city seemed so slow and easy-going in comparison to London. Waiting staff from pavement cafés leisurely served guests in the early morning sun, mothers strolled with their impeccably dressed children, lovers wandered hand in hand, tourists stood studying maps and the surrounding buildings.

“Here it is”, Jean-Claude pointed to a sandstone building with wrought iron balconies.

Craning her neck, Dora gazed up at the apartment building. She recognized it from the photos that she had been sent. It had not been easy, choosing an apartment from photographs, but she had not been able to fly over for a house hunting trip due to business commitments.

Jean-Claude produced a key from his pocket, “Would you like to open the door yourself?”.

Dora smiled, and took the key, pleased that he had offered. It seemed an important moment, the real new beginning. She inserted the key into the lock, turned and listed to the clunk of the lock opening. Withdrawing the key, she pushed the door open and entered the apartment house.

The hallway was impressive – high ceilings with ornamental cornices, intricate marble flooring and glossy wooden banisters. Dora caught her breath. Jean-Claude pointed out the post boxes, and showed her the key for her box before gesturing to the stairs.

On the third floor, Dora stood again before a locked door. By now her heart was racing, her hand shaking, making it more difficult to gain entry to the apartment. As she turned the key in the second lock, and opened the door, she held her breath.
The hallway of the apartment was large and airy, leading into several rooms. As she advanced into the hall she looked first into the kitchen. Although the white units were serviceable, they were some years old, but the appliances seemed to be newer. There was a large double door leading out onto a iron balcony with a view of the street below.
Another door from the kitchen led into another room, that Jean-Claude termed a dining room, but would serve well as an office. She could almost see her antique desk in front of the window, where she could gaze out of the window when seeking inspiration.
“It is pretty, yes?”, enquired Jean-Claude. He was very pleased to have secured the apartment for Dora. The housing market in Geneva was incredibly competitive, she had learned and there had been a great deal of interest in this apartment.

Dora nodded, “Lovely. Is this the sitting room?”, she asked, pointing to the door on the opposite side of the hall.

“Yes, you have a fireplace and another door to another balcony; this one is toward the courtyard so more private and quieter. The sitting room and bedroom are on the inside of the house, the kitchen, office and bathroom on the street side”, Jean-Claude explained.

As Dora stepped into the sitting room, she laughed in delight. It was stunning. The stone surround fireplace dominated the room, a set of wrought iron doors concealing the grate. The sun poured into the room through the large windows, reflecting off the white walls and the gleaming wooden parquet flooring. In Dora’s mind, she had already selected sheer, billowing curtains for the windows, arranged her furniture and hung her paintings and photographs.

She could be happy here, she decided, as she opened the door to the balcony.

This one was slightly larger than the tiny one off the kitchen; big enough for a small table and two chairs. She would sit here in the evening as the sun sank behind the neighbouring buildings, with a glass of wine and a good book.

She turned to Jean-Claude with a dazzling smile, “It is absolutely perfect”.