When we moved to Geneva, one of the things that I found most difficult was finding ingredients for baking in Switzerland. I was used to the issues with baking powder and baking soda, not to mention finding self-raising flour, from my time in Germany, but in time found shops where I could buy these ingredients. Before I could start baking in Switzerland, I had to do a bit of research!

Baking Powder – I buy in Manor in little tubs. Don’t be fooled by the sachets by Dr Oetker – they are German style Backpulver which is, I have been informed a one rise agent. You need a two rise agent to get really fluffy British or American style cakes. I used to buy it in France, again don’t be fooled by Dr Oetker, you need the stuff called Levure Chimique. 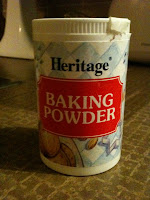 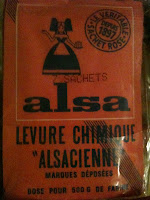 Baking Soda – Also in Manor. In our store, it is next to the cake decorating stuff. 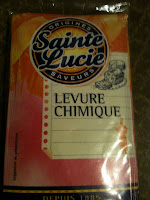 Self-Raising Flour – This is tricky, but you can buy it in France if you are near the French border. It is called Farine de Gateaux. There is a way to make it yourself, but I have never needed to. I have never seen it in Germany or in Switzerland, even in Suisse Romand.

Creme of Tartar – Even more tricky – go to a chemist  and ask for Creme de Tartre, and in the German speaking part of the country ask for Weinstein. They will look puzzled at this but will put it down to you being an eccentric foreigner.

There are a few Expat stores in and around Geneva, some of which also do mail order:

American Food Avenue – this is the one I tend to use, as it is closest and it means I avoid Geneva centre traffic.

My Expat Shop British Shop – friends have ordered from this website, and were very happy with the service.

AussieShop – if you are running low on Vegemite.