I have written a short story for the writer’s workshop tomorrow.
The theme this month is “Rite of Passage”. 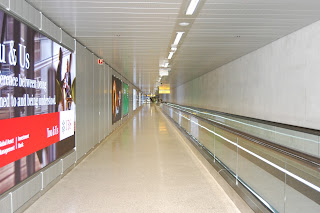 Ella looked around the table at the familiar faces, suddenly aware that it would be the last time that they would all sit together. Sure, they would meet again when everyone was home for the holidays but the days of lounging for hours, lingering over chai lattes, sharing a low fat muffin, while discussing school work, these days were almost over. So many hours had been spent here in Starbucks, and soon she would be drinking her chai latte alone, at least until she had made some friends. An outgoing girl, she was hopeful that she would find friends soon after her arrival in London. Until now she had been looking forward to going, but the day of departure was close now and she worried about how she would cope.
Just two days later she was on a plane, her first flight alone. She felt anxious but tried not to show it, acting blasÃ©, as if she flew alone on a weekly basis. Accepting the offer of tea from the flight attendant she flicked nervously through the in-flight magazine, not seeing the words in front of her. Instead she visualised her home, imagined her mother coming home from the airport, greeting the dog, putting the kettle on. Yes, Mum would have tea and treat herself to a chocolate biscuit. Blinking back tears at the thought of her mother cuddling their dog for comfort, she looked out of the window. Grey. Grey. Grey. Descending from the clouds she saw London appear below her through the drizzle.
Once inside the airport building, she followed the other passengers blindly, going through passport control and then down snaking corridors to find her luggage. Dragging two cases she headed for the exit, hoping that her motherâ€™s friend was there. Emerging from behind the smoked glass doors, she was disorientated by the noise and the confusion of Heathrow Airport. People everywhere, shouting, waving, laughing as they caught their loved ones to them and held them tight. Slightly frantic she searched the crowd for Aunt Elisabeth, sighing in relief as she spotted the distinctive red haired woman. Aunt Elisabeth enfolded her in a warm and fragrant hug. At once, Ella was reminded of the holidays that they had spent together in France, her mother and Ella sitting until the wee hours of the morning laughing and talking. Swept by a wave of homesickness she clung to Aunt Elisabeth and struggled not to cry.
Aunt Elisabeth swept Ella into the car, chattering all the time. As they crept their way up the slip road to the M25 Ella began to feel better. By the time they had reached the University grounds, the sun was peeping through the clouds, warming the red brick facade. Standing outside the Halls of Residence, Ella lifted her chin, straightened her spine and took a confident step forward.