Ok. It is half-term. He is bored as his sister has been ill this week so we have been stuck at home. 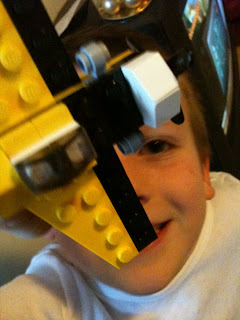 My son is a Lego-Whoosher.

First, he builds a lego airplane, that I dutifully praise. Then he “flies” it around the room, whoooshing around corners, letting it climb into the sky (aided by him standing on the couch) then divebomb towards the long suffering dog. Swooping low over the living room floor, the stealth lego plane soars again before discharging a load of bombs on the pilot’s sister.

According to Twitter friends this is normal behaviour for a 6 year old boy and sometimes girls, though my daughter has conformed to all gender stereotypes and prefers to make Lego snowmen. 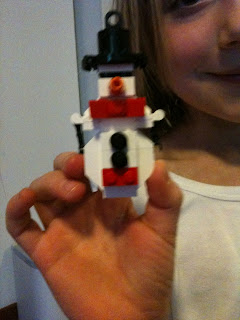 Several Twitter posters mentioned that their husbands are still covert Lego-Whooshers, God help them. And me.

This afternoon we are off to the beach, to the play park in a dogged attempt to use up some energy so that the whooshing will cease. Wish me luck.